Top Myths About Using Facebook to Promote Your Products

Are you reaching new prospects on social? There are good—and bad—ways to do this. Read this article to learn common myths and ensure you’re using the right approach. 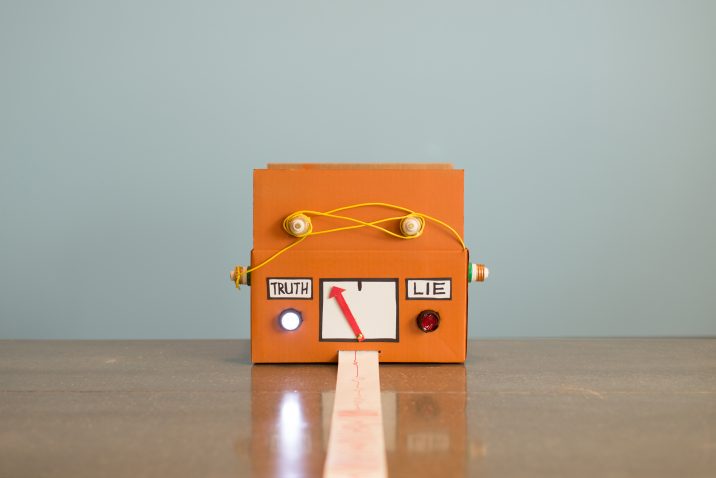 Whether you use Facebook personally or not, there’s no denying the platform can be a powerful tool for B2B marketers to connect with prospects given individuals’ current media consumption habits.

Still, many misconceptions about using this channel abound.

5 Myths on Marketing With Social

Consider these common myths below.

Myth 1: Your best strategy for leveraging social is to regularly post on your company page and gain followers. Creating a company Facebook page and inviting and accepting “friends” can be a low-cost way to share news with existing customers. After all, these “organic” posts cost nothing but your time. However, posting on your company’s page—or even having posts on trade media company pages—won’t get you in front of NEW prospects with much success.

To reach those who have yet to know who you are, your efforts will be far better spent using paid ads to get on prospects’ feeds.

Myth 2: Facebook’s audience can be trusted. As widely reported in the news, Facebook’s data practices have been under scrutiny. And just from a practical perspective, when marketers use Facebook’s tools for creating audiences or creating “lookalikes” to their customer lists, they’ll often find significant mismatches or an audience count that’s so low that it’s insufficient for achieving reliable results.

A much more dependable way to ensure you’re reaching the right audience—one that has knowingly shared its information and that most closely aligns with your ideal target—is to work with trade media that offers paid ad targeting of its readers.

With PMMI Media Group, advertisers are able to reach the same individuals from its database that they do in print and in email. The only difference is that it’s reaching them on a different channel, one where they already are consuming media. Facebook is also a way to reach this audience at a targeted level without the SPAM blocking, opt-outs and competition for the inbox seen with e-mail.

With PMMI Media Group, you can reach segments of readers from Packaging World, ProFood World, Automation World, OEM, Healthcare Packaging and even the Latin American brand Mundo PMMI by ways such as:

Myth 3: Use Facebook for social content, and stick with LinkedIn for business content. Another common misconception is to assume that LinkedIn will be a better fit for B2B ads. After all, LinkedIn is where folks go to catch up on work-related news, right?

Not so! As PMMI Media Group’s own testing has repeatedly shown, when you target ads to an identical audience on Facebook and LinkedIn, Facebook will overwhelmingly generate more clicks and shares. The reason: Most individuals spend far more time on Facebook than on LinkedIn. And to-date, Facebook has more powerful data integrations, so it does a much better job at matching when given an audience list—it simply has better ability to recognize someone by email or phone number, whether company email or personal email. (Perhaps you’re still not convinced? Consider that even when ad content relates to career openings, PMMI Media Group has observed that Facebook consistently achieves higher engagement with the same audience­­ than LinkedIn.)

The Biggest Myth? “This Facebook stuff­­—it’s just too complicated”

Getting started with advertising using Facebook can seem a bit overwhelming. But in practice, it takes only a few minutes to put together a Facebook ad, and better yet is that most campaigns are very short. Typically, most performance is achieved in a week or two.  That can make these ads particularly useful for promoting time-sensitive content, such as raising awareness around a trade show or sharing information about a new product release.

Because of the brevity of campaigns and the ability to target with precision, it also makes the platform a good fit for versioning creative. Something as simple as swapping out an image with each campaign will still deliver strong results.

What’s more, Facebook advertisers with PMMI Media Group can request ad copy or image assistance without charge. And with PMMI Media Group’s team of social media advertising experts backing each campaign, it takes all guesswork out of ensuring that your ad is set up properly and its serving is being managed to optimize results.‍

Myth 4: Using the same message from display ads works best with Facebook. Many marketers new to Facebook advertising will assume that as long as their image size and word count falls within specs, they’re good to go. What they may not realize is that just as important to proper creative is knowing how Facebook will serve the ad.

As an example, if the goal is to drive web traffic to an advertiser’s site and the ad is using “click-based optimization,” it means that Facebook’s algorithm will serve the ad to the best positions and with greatest frequency based on how many clicks the ad receives. An ad getting many clicks will start to be served higher on pages and more strongly; Whereas an ad that lacks a click-based call to action will soon drag in performance. In this way, an ad with a message to click to “view a white paper” or “see a demo” will do much better during click-based serving optimization than a basic branding message of “X company is the best” with all other aspects of creative being equal.

Myth 5: There’s no way of knowing who has actually interacted with your content. It’s true that Facebook does not report who clicks on your content. However, because PMMI Media Group is targeting its own database and has structured privacy settings appropriately, it is able to take the special step of sharing company and contact information of all who publicly like or share your ad. In this way, you can actually connect with prospects who are new to you and who have taken action around your content­­—a feat that’s impossible to do on your own with the channel.

For information on targeting options or more information about ways to use Facebook to drive traffic to your website, contact Wendy Sawtell, VP of Sales, at wsawtell@pmmimediagroup.com.